I found myself pretty lost once. I was a novice nordic skier (still am!) and hit the trails one snowy March morning with my husband and parents-in-love on our beloved Casper Mountain. At one point, we split off from the parents for a bit and Jeremy decided he wanted to take an extra loop before heading back to the lodge. I was pretty tired and decided I would turn back. It didn’t work out too well. I got turned around. I wasn’t used to navigating the woods by myself. Fifteen minutes of being lost turned into forty five. Eventually I followed the sounds of traffic to the main road, took off my skis and walked back in the direction of the lodge.

Although I was tired and my blood pressure was elevated when I returned to the parking lot, I wasn’t in immanent danger. 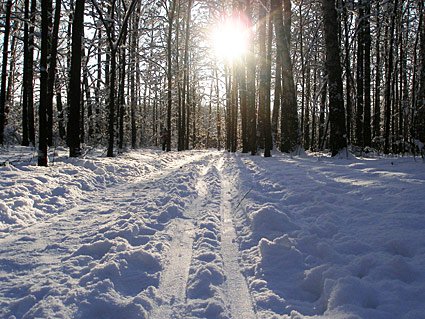 Maybe getting lost can be a gift, kind of like “a long-distance runner accumulating moments when neither foot is on the ground, ‘tiny fragments of levitation.’ […] In relinquishing certainty we approach, if only fleetingly, the divine.”

Getting lost, while disorienting, allows us unlike any other circumstances to be fully present in the moment. If we can get past the“fight or flight” reaction, being lost forces us to see and hear and pay attention in ways we haven’t before. With deep breaths and patience and stillness, I honed my way back to the main road on those cross country skis.

In the Lenten season set aside for reflection, revaluation and returning -


the gift of getting lost may be just what we need for reorientation.

Around The Table last night a few people remembered how when lost, they were moved to pay attention in ways not possible before. Some reflected on how something shifted inside when they found themselves lost, releasing them from pent up emotion or fear or numbness. Others realized that part of the gift of being lost is gaining clarity on being un-lost. 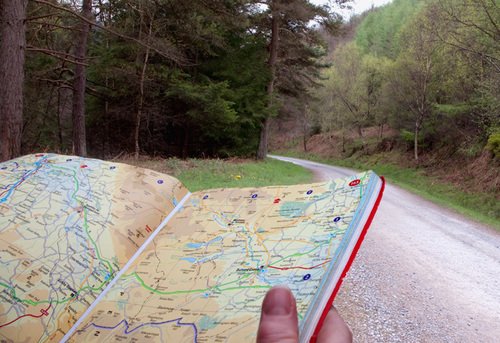 In the Bible there is the story of a young boy who worked as an assistant to a high priest named Eli. The boy’s name was Samuel, and the scriptures tell us he, “did not yet know the Lord because he had never had a message from the Lord before.” So, in a sense, Samuel was lost when it came to the God’s communication. One night while sleeping as he often did in the sanctuary, Samuel was disturbed by a voice calling his name. Logically enough, thinking it was Eli the priest, he got up and approached the priest saying, “You called for me — here I am.” And Eli was like, “Uh, no kid, I didn’t — go back to sleep.” This repeats itself twice more before Eli finally catches on that this may, in fact, be God attempting to get Samuel’s attention. Eli instructs Samuel to respond to the voice with, “Here I am, Lord. Speak, your servant is listening.” The fourth time that the voice calls to him, Samuel hears and responds directly.

The news that God shares with Samuel isn’t exactly good for Eli and his family. Its no wonder Samuel stays under the covers as long as possible and was scared to tell his boss what God revealed in the middle of the night… Under threat of divine retribution, Eli persuades Samuel to spill his guts. Eli knows better than to argue with God. His response is one of submission and obedience, “It is the Lord’s will, let him do what he thinks best.” (1 Samuel 3:18, NLT)

There are a few things about Samuel’s cluelessness in relationship to God that may help us realize the gift of getting lost. First, Samuel approached the gift with an almost zen-like focus and openness, his response is repeatedly, “Here I am.” Wow! So flexible.

He didn’t realize right away that he was lost, or that it was God attempting to get his attention: but his readiness put him at the right angle to finally hear a way out of his lostness. 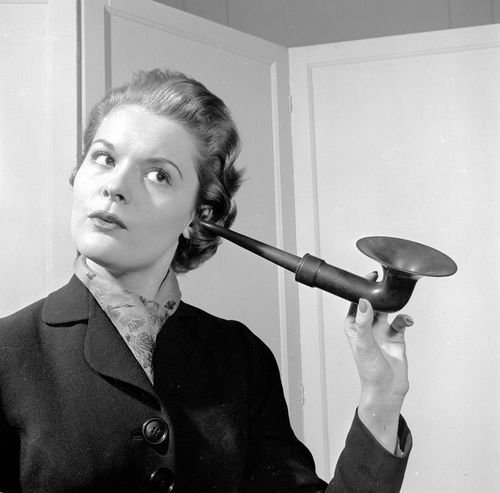 Even as a child, Samuel had learned the value of “showing up.”

Second, God was subtle when attempting to get Samuel’s attention. No flashing lights, no snake charming, no bull horns: just a consistent, gentle, repeated calling Samuel by name.

Third, Samuel was quiet and still enough to hear — at least at first. He probably wasn’t getting much sleep after the third and fourth wake-up calls. Sometimes God can only communicate if our “monkey mind,” as Buddhists call it, is silenced.

Fourth, it was Eli, the sometimes disobedient and soon to be punished priest, who showed Samuel how to respond to God. Even the unlikeliest of people help us hear.

Some while after Samuel lived, Jesus would self identify as “the way.” The earliest disciples identified not as Christians but as “followers of the way.” Diana Butler Bass asks a great question: what if Jesus is not a google-maps sort of map, not a superhighway to salvation? What if following Jesus is more like exiting the highway and following the old-fashioned street signs in the neighborhood, taking note of the land marks, anticipating the discovery that happens when we navigate by imagination and intuition.

Jesus as “the way” is not the way we get to somewhere, but the actual journey itself.

When you’re lost, show up.

Repeatedly tell yourself and God “here I am” and enforce it with your willingness to listen, to activate your other senses. Get quiet, still enough to hear your own heart beat. Silence the monkey mind with some deep breathing and practice centering prayer.

The gift of getting lost often turns out to be the gift of being found.

Here's to finding ourselves lost,

Songs from Sunday March 6th - use them to find your center if you're lost.
Christ Be All Around Me - All Sons & Daughters
Send Our Your Light (Psalm 43) - Sandra McCracken
Lead, Kindly Light - Audrey Assad

And St. Patrick's "Breastplate" Prayer, from the ancient Celtic tradition.